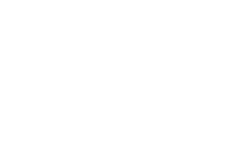 Join us for a day of networking and racing on the Tideway River Thames - participate in our 'Novice' or 'Elite' racing events in 4+ and 8+ categories or if going near the water doesn’t take your fancy, then spectator only tickets are available allowing you to watch the racing from the boathouse balcony whilst enjoying the well stocked bar. Whether you've rowed for GB or never touched a blade before this event is guaranteed to be a truly memorable day for all.
Event details
Venue
Event and racing is held at Vesta Rowing Club with 'Learn to Row' held at Parrs Priory Rowing Club. Both rowing clubs based on the Tideway River Thames along the Embankment in Putney, London next to The Boat Race start line. Parking near the boathouses is limited, but both are easily accessible via public transport from Putney Train Station and Putney Bridge Underground Station.
The Day
08.30 – Learn to Row course begins @ Barn Elms Boat House
10.00 – 'Elite' rower arrival for refresher session @ Vesta Rowing Club
12.30 – Arrival of all athletes and lunch @ Vesta Rowing Club
13.30 – Vesta Rowing Club opens to spectators
13:45 – Athlete safety briefing
14:30 – Racing commences
18:00 – Racing concludes
18:30 – Awards ceremony with special guest
19:00 – BBQ, DJ & drinks
23:00 – Closes

Novice Rowers
from £100pp plus VAT

This event is open to complete beginners, or what we term ‘novices’. Racing events in 4+ and 8+ categories, same and mixed gender on a 500m course.

BOOK NOW
NOVICE DETAILS
It is compulsory for all novices to attend a Learn to Row course. This is scheduled for the morning of the event. If you’re unable to attend this please let us know. This is course will include practice session on the rowing machines to establish the correct technique and a practice water session. The course will be led by professional coaches and experienced rowers.
SIGN UP AS INDIVIDUAL
If signing up as an individual you will be allocated a boat on arrival. It’ll be a great opportunity to learn a new sport and meet some new people along the way!
SIGN UP AS A TEAM
Enter as a 4 or 8 person team (same and mixed gender). We will try to keep teams together in boats where possible. Ideally where teams wish to stay together these should have an equal number of men and women with a boat.

Elite Rowers
from £100pp plus VAT

This event is open to anyone who has rowed before. Racing events in 4+ and 8+ categories, same and mixed gender on a 750m course.

BOOK NOW
ELITE DETAILS
There will be the opportunity for a ‘refresher’ session or ‘pre-paddle’ on the morning of the event. Please let us know if this would be of interest. If you are unsure as to whether you fall within Novice or Elite please contact PropRow.team@gmail.com and we will be able to advise.
SIGN UP AS AN INDIVIDUAL
If signing up as an individual you will be allocated a boat on arrival. We will try to ensure the boats are as fair as possible through the information collated within the booking form.
SIGN UP AS A TEAM
Enter as a 4 or 8 person team. Elite boats must register as single sex or as a mixed boat, but with equal numbers of men and women.

Unfortunately, we do not allow novice coxes to sign-up due to safety requirements on the Thames.

BOOK NOW
EXPERIENCE
We encourage all experienced coxes to register, whether this be Tideway experience or not. If you’re unsure if your experience is sufficient, please email PropRow.team@gmail.com.
PREFERENCES
If you have preferences regarding novice or elite boats we can try to accommodate this. You do not need to sign up with a team and will be allocated a boat on arrival.

If jumping into a boat on the Thames doesn’t take your fancy.

BOOK NOW
DETAILS
We strongly encourage spectators to head down to Vesta Rowing Club to make the most of the networking opportunities and to support the rowers and charities the event is in aid of.
WHAT'S INCLUDED
Spectator only tickets allow you to watch the racing from the boathouse balcony whilst enjoying the well stocked bar. Food and drink will be provided all day, with your ticket including one meal and an initial drink. There will be an awards ceremony (with special guest) and DJ until late before you can head on into Putney to finish your evening.

Download our safety documentation for the day along with competitor instructions. Please carefully read both these documents before attending the event. On the day a detailed safety briefing will be provided to both rowers and coxes.

James’ Place is a suicide prevention charity, specialising in providing support for men in suicidal crisis. The charity was formed as a grant giving trust in 2008 by Clare Milford Haven and Nick Wentworth-Stanley, after they lost their 21 year-old son, James, to suicide. In 2018, the charity opened James’ Place Liverpool – the first non-clinical suicidal crisis centre for men in the UK. The centre offers intensive therapeutic intervention in a peaceful, calming and welcoming environment. Since opening its doors less than a year ago, the charity has assisted almost 200 men in suicidal crisis, saving many precious lives. James’ Place is seeking to open further centres across the country, with a particular focus on university cities.

LandAid is the property industry charity working to end youth homelessness in the UK. We bring together businesses and individuals from across the industry to support charities delivering life changing projects for young people who are or have been homeless, or who are at risk of homelessness.

Discover how you could become a sponsor for PROPROW 2019